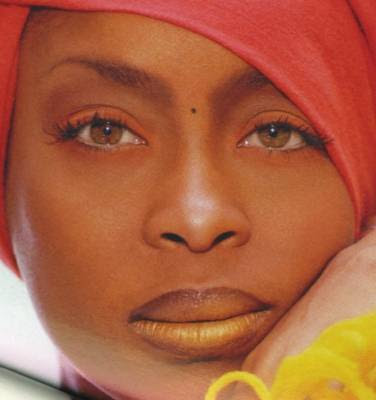 Erica Abi Wright (born February 26, 1971)[1] better known by her stage name Erykah Badu, is a multiple Grammy-winner American soul singer and songwriter, whose work encompasses elements of R&B, hip hop and jazz.[2] She is best known for her role in the rise of the neo soul sub-genre, and for her eccentric, cerebral musical stylings and sense of fashion. She is known as the "First Lady of Neo-Soul".

Early in her career, Badu was recognizable for wearing very large and colorful headwraps. For her musical sensibilities, she has often been compared to jazz great Billie Holiday.[2] She was a core member of the Soulquarians, and is also an actress having appeared in a number of films playing a range of supporting roles in movies such as Blues Brothers 2000, The Cider House Rules, and House of D.

Posted by theceelist at 9:00 AM