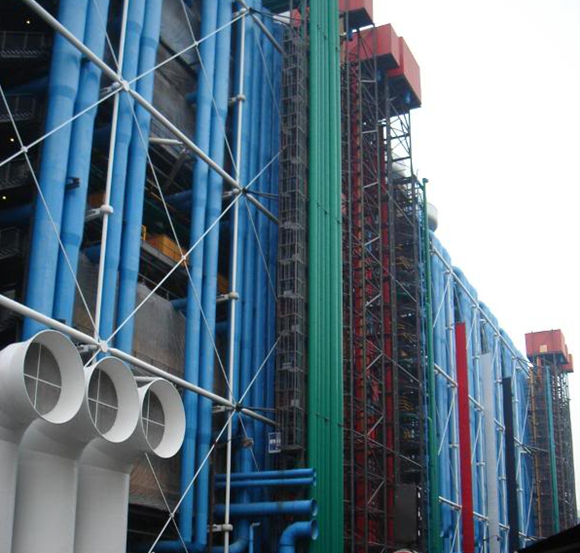 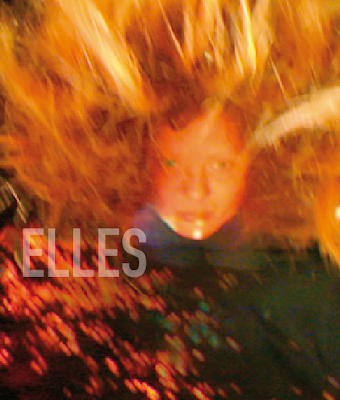 The Centre national d'art et de culture Georges Pompidou was the brainchild of President Georges Pompidou who wanted to create an original cultural institution in the heart of Paris completely focused on modern and contemporary creation, where the visual arts would rub shoulders with theatre, music, cinema, literature and the spoken word. Housed in the centre of Paris in a building designed by Renzo Piano and Richard Rogers, whose architecture symbolises the spirit of the 20th century, the Centre Pompidou first opened its doors to the public in 1977. After renovation work from 1997 to December 1999, it opened to the public again on 1 January 2000, with expanded museum space and enhanced reception areas. Since then it has once again become one of the most visited attractions in France. Some 6 million people pass through the Centre Pompidou's doors each year, a total of over 190 million visitors in its 30 years of existence.
centrepompidou 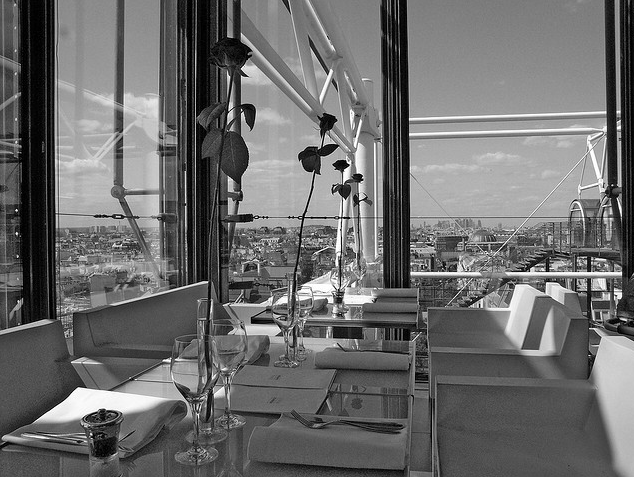 On Level 6, Restaurant Georges has some of the finest panoramic views of Paris. The work of Dominique Jacob and Brendan McFarlane, its architecture conforms to the centre's novel structure and is decorated with contoured aluminium sheeting.

What will we wear???

We must go here 2gether..

hum smthing comffy..id lk to walk around no heels no no..sm boots or smthing ..lol they dnt hv 2 b of brad name either im not that type of girl..LOL anice neck scarf chill thats it yeah:)