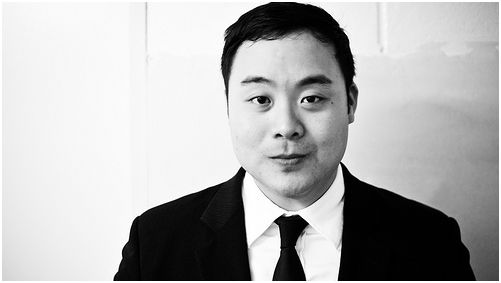 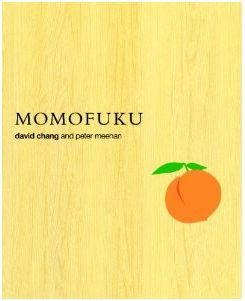 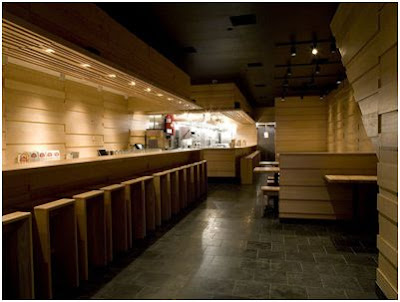 Chef David Chang's first cookbook is long, laced with profanity and full of complicated, labor-intensive recipes, many of which require obscure ingredients like kochukaru (Korean chili powder) and sliced country jowl. In food circles, it's one of the most highly anticipated books of the year.
Mr. Chang, 32 years old, has emerged as one of the country's hottest chefs since launching Momofuku Noodle Bar, then a 27-seat restaurant in downtown Manhattan, in 2004. Today, he has accumulated three more restaurants and two Michelin stars, and visitors from all over the world endure long waits for his inventive creations. Much as Wolfgang Puck leapt to national fame in the early 1980s when his Spago restaurant in Los Angeles launched California cuisine, Mr. Chang is the anointed star of the current dining scene—the young gun that other chefs world-wide are watching and copying. continue..
wsj
momofuku
I really enjoyed watching this minus the pork & alcohol prospective. really interesting & inspiring story he has;)I really luv his consistancy & drive. It's proves through patience & consistency you will persevere.
Posted by theceelist at 12:11 AM

he i though it was funny how the pep in the audience were asking for a reservation & he lk NO! No hook up AT ALL.

I agree the food look interesting..I had this dream I was there & I ws paranoid to eat thinking I was going to bite accidentally eat pork..my dreams r so "in color" as u put it..lol

I'm convinced the food is amazing.. my sis & I r going 2 go if we can get a resrva. U should check it out 2..I ordered the book...I ve been on this Japanese noodle kick lately